In an attempt at self promotion, a Heinz Beans label was redesigned to include personal information and sent to design agencies.

The label features “NEILZ BRAIN” on the front, rather than “HEINZ BEANZ” and all information on the back is now personally related. This includes “Usage instructions” on how to best incorporate me into a design agency and a brief overview of the projects I’ve already been a part of.

These full, unopened tins of beans were sent to various design agencies which I particularly want to work for. The addresses of the agencies were placed into the design digitally, rather than written or stuck on, to make the tin look tailored to a specific agency. The postage was then affixed to the bottom of the tin and sent as is, with no wrapping. In other words, from the point at which the tins were handed into the post office to the point at which they reached the agency, everyone had a chance to read the information on the tin. 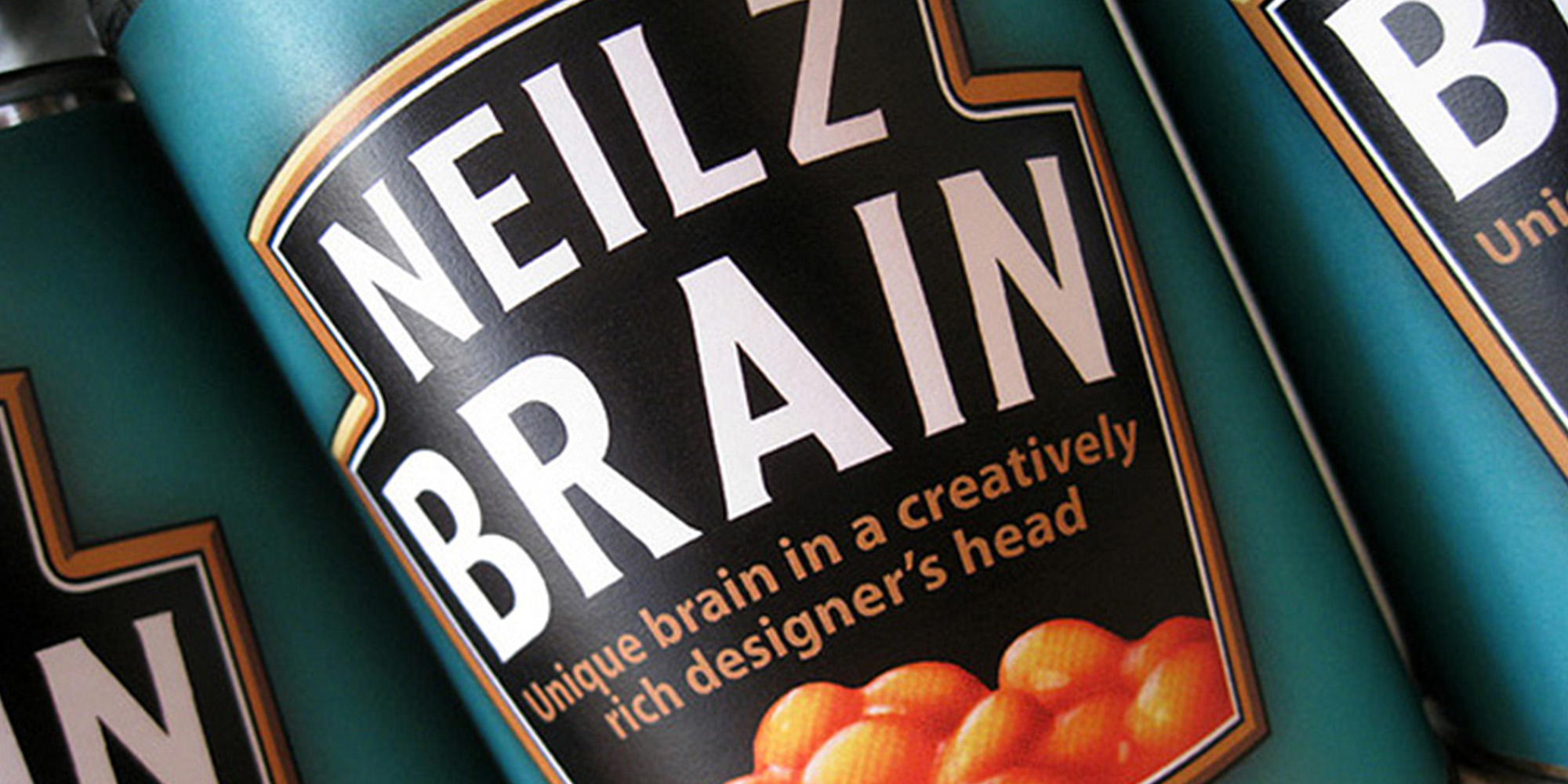 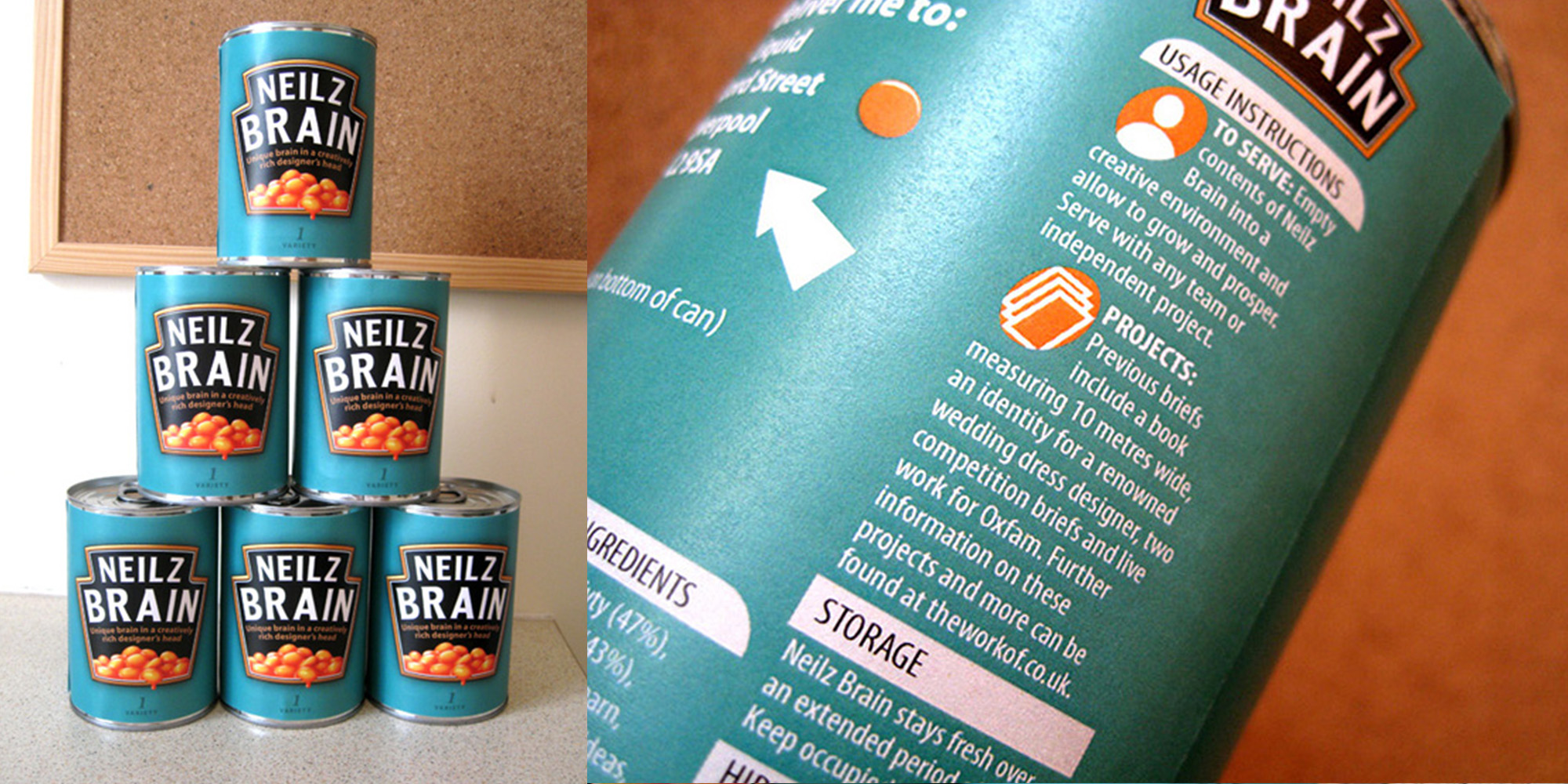 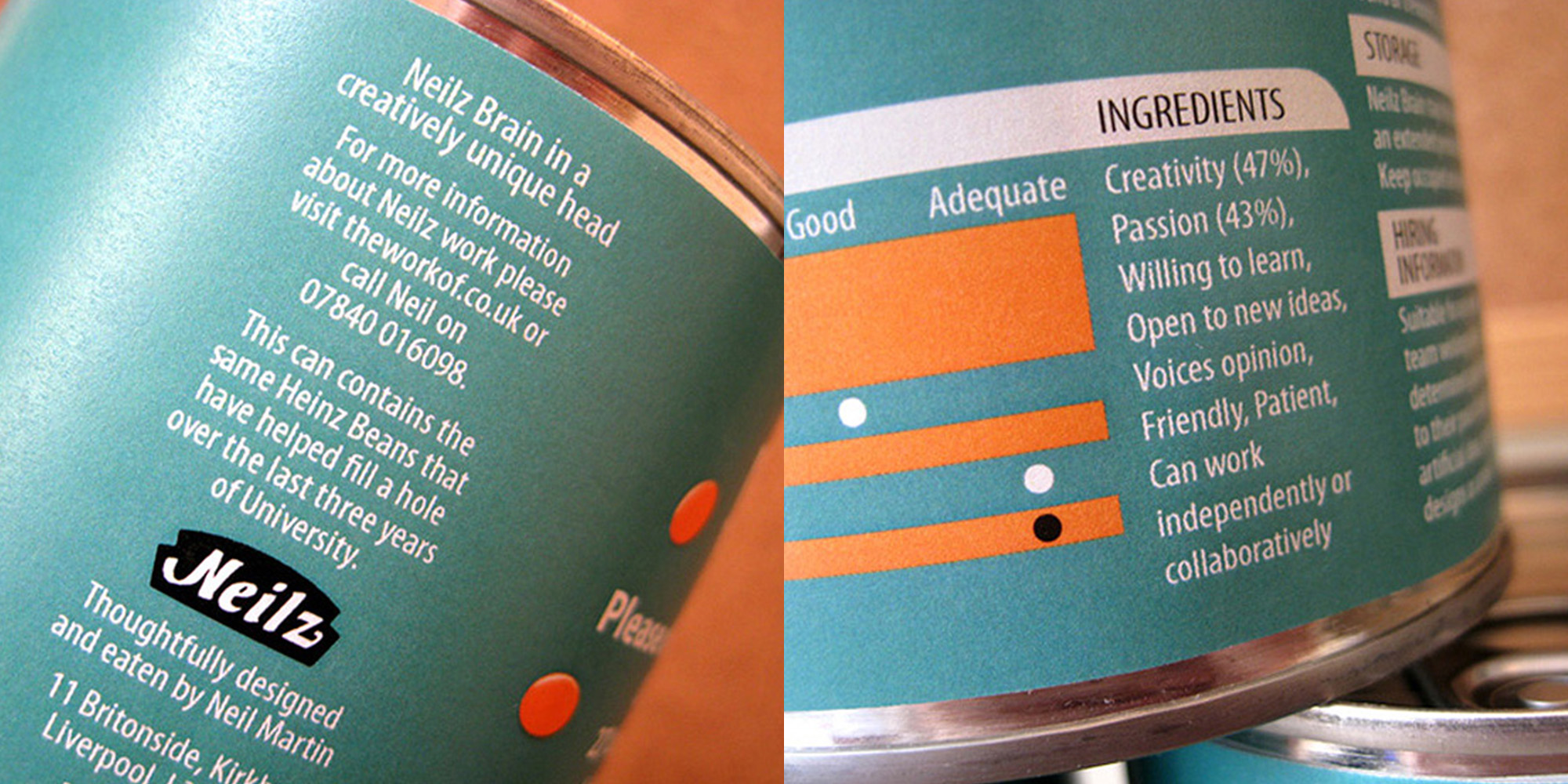